As was described in a previous blog post, parahydrogen (para-H2), which is cheap to produce, inherently stable, and long-lived, was shown to be a useful source of hyperpolarization. To exploit the spin order of parahydrogen an additional step is required to break the symmetry between the two protons. In hydrogenative PHIP experiments, such a symmetry-breaking step can be the addition of parahydrogen to an unsaturated carbon-carbon bond (C=C or C≡C) of a substrate compound so that the two protons end up in chemically different positions and have a chemical shift difference.

However, for polarization transfer from parahydrogen to the substrate of interest it is not always necessary to incorporate para-H2-derived protons into the molecule. Recently, another approach called Signal Amplification By Reversible Exchange or SABRE was developed, in which the target molecule becomes hyperpolarized but remains chemically unaltered.[1]

In the SABRE approach, the polarization from parahydrogen is transferred to the target molecule though the spin-spin coupling network during a temporary association of both substrate and para-H2 on a specially-designed transition metal complex (para-H2 binds with formation of two hydride ligands). The “reversible exchange” in the SABRE acronym means that para-H2 and the target molecule are in chemical exchange on and off the metal center. The polarization transfer occurs while they are bound, and the hyperpolarized target molecule then dissociates from the metal center into solution maintaining the polarization. The repetition of the binding and dissociation steps allows the build-up of hyperpolarized target molecules in the sample. A simplified schematic of the SABRE process is shown in Figure 1.

The polarization efficiency is in part determined by the exchange rate of the substrate and para-H2 with the metal complex. If these binding interactions are too strong and become irreversible, then polarization becomes inefficient since the addition of fresh para-H2 to the metal center is hindered. On the other hand, if the binding interactions are too weak, then the components dissociate before significant polarization transfer can occur. Thus, the development of metal complexes that “catalyze” reversible exchange on an appropriate timescale is crucial.[2] To date, one of the most efficient polarization transfer catalysts is an iridium metal complex with a nitrogen-heterocyclic carbene (NHC) ligand, first introduced by Cowley et al.[3] 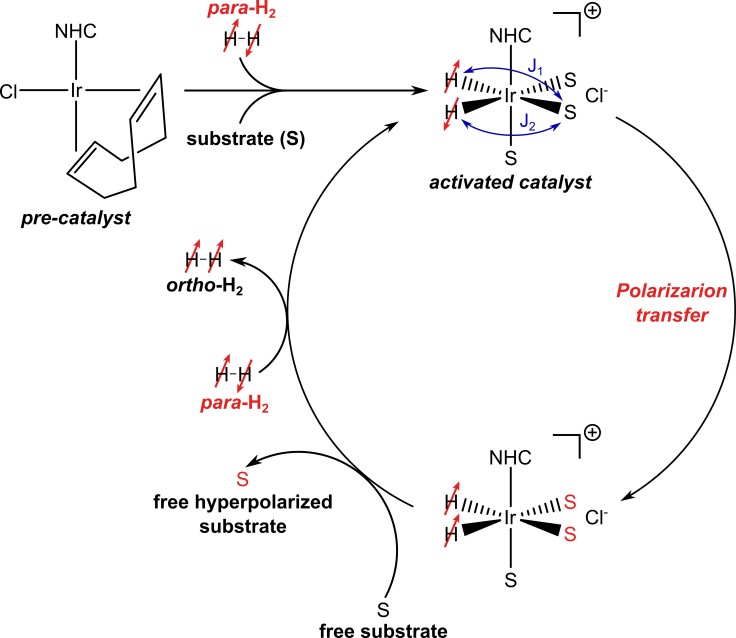 Figure 1: Schematic of a SABRE process showing substrate (S) and para-H2 exchange on the activated SABRE catalyst producing substrate hyperpolarization. The spin-spin couplings J1 and J2 that determine the rate of polarization transfer are shown. In the SABRE process (as well as in PHIP), the basic requirement for polarization transfer is that the symmetry of the para-H2-nascent protons has to be broken. In most SABRE experiments, the hydride protons have identical chemical shifts; however, the symmetry is broken by the magnetic inequivalence induced by the asymmetry in the J-couplings (J1 ≠ J2). This difference is sufficient to induce “spontaneous” (i.e. without radiofrequency excitation) spin order transfer.

Hence, protons are most efficiently polarized at the boundary between low- and high-field, the field at which proton chemical shift differences match the J-couplings. This is usually at fields of several millitesla which can be achieved by electromagnets or in the fringe field of high-field NMR magnets. 1H polarization of over 50%[4] can be achieved at a field of 6.5 mT. In the case of heteronuclei, the large difference in Larmor frequencies between 1H and heteronuclei (13C, 15N, 31P, etc.) shifts the optimal polarization transfer field to the boundary of low- to ultralow-fields, which is typically on the order of μT. This is about two orders of magnitude less than the Earth’s magnetic field, so mu-metal shielding is usually employed to provide such fields. This approach was introduced as SABRE-SHEATH (SABRE in Shield Enables Alignment Transfer to Heteronuclei) and polarization levels of more than 20% can be achieved.[5–7]

SABRE opened the door to hyperpolarization of various classes of compounds, with the requirement that they can reversibly bind to a metal complex. This requirement is typically fulfilled for heterocycles containing an electron-donating heteroatom, such as nitrogen. To date, SABRE hyperpolarization of N-heterocycles has been demonstrated successfully by many research groups; however, oxygen- and sulfur-based heterocycles has also been polarized. The list covering SABRE substrates reported in the literature up to December 2018 is presented here.[8] 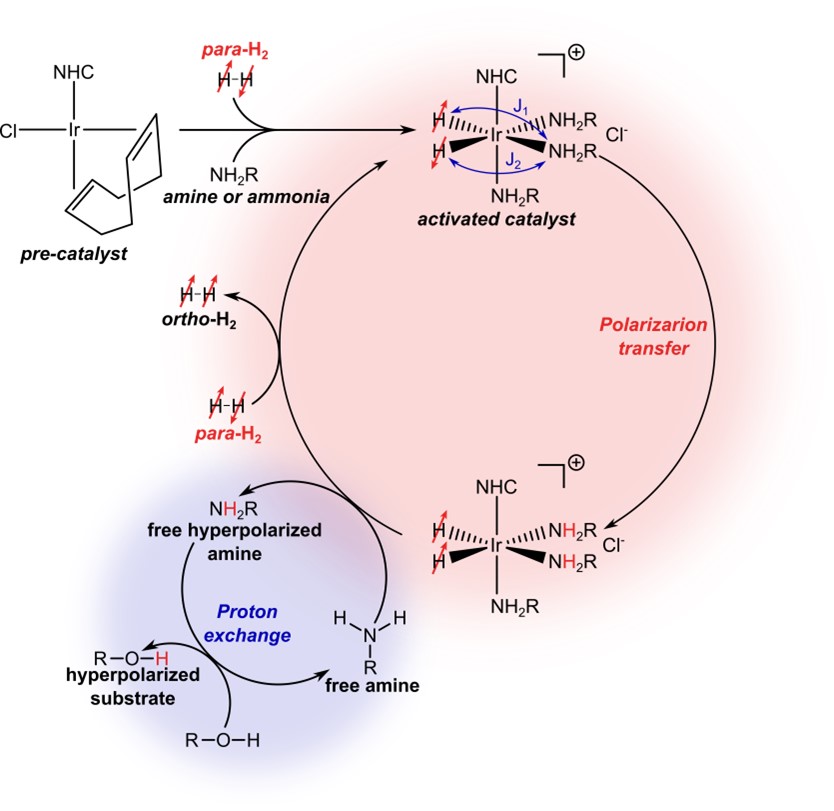 Figure 2: Schematic for a SABRE-RELAY process. In the first step the intermediary transfer agent is hyperpolarized (in this case a primary amine or ammonia); in a second step, polarization is relayed into other molecules (in this case an alcohol) by proton exchange.

Luckily, N-heterocyclic rings are common moieties, appearing in many drugs and biological systems. A number of biocompatible molecules such as nicotinamide, imidazole, nitroimidazole, and pyrazinamide have been hyperpolarized by SABRE, making it a promising modality for biomedical applications.[9]


Extending the scope of SABRE with SABRE-Relay


Recently, the requirement that the target substrate should bind with the catalyst has been alleviated using SABRE-Relay.[10] In the first step, the protons of an amine are polarized (NH2R in Figure 2), and proton exchange then relays the polarization into the target substrate.[11] Thanks to this approach, the scope of SABRE has been dramatically expanded to amines, amides, carboxylic acids, alcohols, phosphates, and carbonates. SABRE-Relay has the potential to be a real game-changer in the field of hyperpolarized contrast agents. 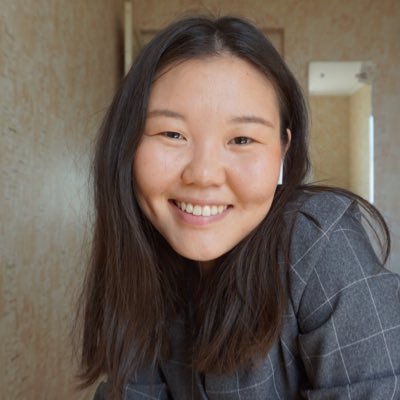 I'm a junior scientific researcher in the group of Prof. Igor Koptyug at the International Tomography Center, Novosibirsk, Russia. My research interests include parahydrogen-induced polarization and heterogeneous catalysis.